Sky News reports that cyber crime is costing Britain at least £27bn a year, mostly though the theft of industrial secrets. 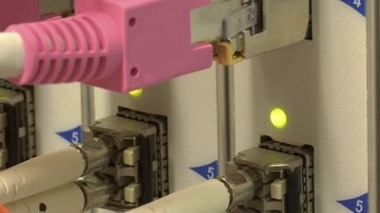 In publishing the results of an investigation by cyber security experts Detica, the Cabinet Office aims to draw attention to the strategic danger that internet crime now poses to Britain and her allies.

The days of the old-fashioned bank robber pulling a stocking over his head, and robbing a bank, are almost over.

“Bank robbers have to go to banks – in the modern world they don’t even have to be in the same country as a bank to rob it,” said Martin Sutherland, managing director of Detica.

The threat posed by password thieves, phishers and hackers on home computers is well known.

Losses to cyber crime, among ordinary citizens, amounts to £3.1bn a year. But it is British industry that is being hammered, or hollowed out.

According to the study, the UK loses £9.2bn a year through the theft of the innovations and designs which drive industrial growth – what is known as intellectual property.

Another £7.6bn is lost through industrial espionage. The industries worst hit are defence, automobile, pharmaceuticals, software and computer services along with mining, and financial services.

“This report shows that there is a cost if the economy is not cyber secure. The intellectual property is the wealth of the nation,” Baroness Neville-Jones said.

But she said that while it was very difficult to prosecute cyber criminals because they are so hard to trace, the focus of the UK’s future efforts would be on working with the private sector to develop defences against cyber attack.

At some stage these might also evolve into the capacity to “screw up their networks” when cyber criminals are identified.

“As with counter terror operations, our efforts are most likely to be focussed on disrupting attacks – the idea is to try to make sure that they can’t happen,” she said.

This week she met with industry leaders to begin working on a programme to get the private sector more closely involved in defending itself and to work out an early warning and advice system run by the government to ward off cyber-attacks.

“We need as a country to up the effort to detect and prosecute cyber crime,” she said.

I'm a proud father, husband, huge James Bond fan, lover of fast cars and prolific buyer of technology gadgets. I started my first business when I was 21, learning the harsh way how to become successful. Through hard work, dedicating myself to learning and persistent focus I created one of the fastest growing computer services businesses in the UK.